Wondering if anyone has suggestion for the perfect SpinRite bench motherboard/system. My current machine that I have used for this is not up to the SATA performance that I believe the new 6.1 will be able to take advantage of and I am looking for a new bench system for media repair and maintenance without breaking the bank. Any thoughts?

If you're planning to buy the latest new hardware, you're probably already close to too late for SpinRite 6.1, which will not support UEFI Class 3 motherboards. I donno how you can know which motherboards support a CSM and Legacy Boot, and which do not. Intel has indicated that UEFI is the future, starting in 2020, and Legacy Boot is no longer to be supported in 2021. (See https://forums.grc.com/threads/the-end-of-legacy-booting.165/ )

SpinRite 7 is planned to support UEFI booting, but it is probably still a couple of years away.

Thinking of PC's I have to hand, that have cost effective hardware, I have a Ryzen 7 2700X on this motherboard https://www.asus.com/ca-en/Motherboards/PRIME-B350-PLUS/ and it has a CSM and Legacy Boot and works well with the current AHCI test program. (Even allowing the M.2 to show up in the BIOS.) It was a value board, and it's older now, so it might be hard to find, donno about that.

Since the MOBO provides video outputs, you could use an APU so you wouldn't need to invest in a standalone GPU. I think this machine would be quite happy to run a Ryzen 5 2400G or even a 3400G. That wouldn't have it being a killer gaming machine or anything but it should run SpinRite just fine.
O

It would also be interesting to get an answer with the cheapest/smallest form factor possible. It would be nice to have a small dedicated machine in the corner of my home office.

oupi said:
It would also be interesting to get an answer with the cheapest/smallest form factor possible. It would be nice to have a small dedicated machine in the corner of my home office.
Click to expand...

@oupi NUC? or similar? I don't know for sure. You'd have to attach drives by USB3. But, NUC's are very small. Not cheap though.

Next Unit of Computing - Wikipedia

My friend built a server out of one of these with the dedicated case... I wonder how it would like being a SpinRite box? 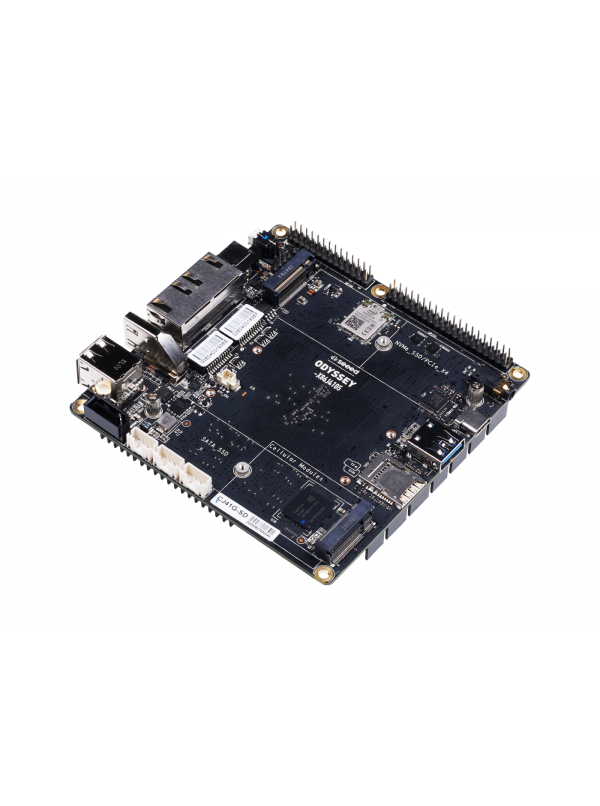 ODYSSEY - X86J4105 allows you to simply build Edge Computing applications with powerful CPU and rich communication interfaces. Based on Intel Celeron J4105, is a Quad-Core 1.5GHz CPU that bursts up to 2.5GHz. There is also an onboard ATSAMD21 Core, an ARM Cortex-M0+ MCU that allows you to...

www.seeedstudio.com
I believe he ordered his from Amazon.

Either of these are going to be too small to install a desktop HDD in, and I don't know if the Odyssey can internally have anything but the M.2 form factor. They both have USB though, once SpinRite supports that.
Reactions: JimBob and gdalgliesh
O

Ideally yes, but I am not sure those have IDE ports.
G

oupi said:
Ideally yes, but I am not sure those have IDE ports.
Click to expand...

Personally I'm looking forward when I can attach to USB 3.0 / 3.1 to SATA connectors to virtually any PC with two such ports and recover data from one drive to the other.

Past that I doubt that the choice of CPU, RAM or motherboard will really make that much difference

Simon Zerafa said:
Past that I doubt that the choice of ... motherboard will really make that much difference
Click to expand...

Well other than Legacy Boot support, I would agree with you. I've been waiting a looong time to be able to really use SpinRite because I have large drives, NVMe drives and/or UEFI only hardware. Eventually SpinRite should handle all these and USB too, in version 7, but if you're buying today to plan for 6.1 then you do have to avoid the newest and greatest hardware without Legacy Boot.
Reactions: oupi
You must log in or register to reply here.
Share:
Facebook Twitter Reddit Pinterest Tumblr WhatsApp Email Share Link
Top Bottom