Hello all,
I have just started having this "glitch" on my laptop, I suspect it is the result of a windows update, but was wondering if anyone else has had this.

This is the normal search bar with the dark theme enabled. For some reason I cannot work out, it does not happen when I do the same thing twice, it turns into:-

When I move the mouse pointer over it, it returns to the normal dark theme!
Any thoughts?
Sort by date Sort by votes
A

Check if there is an update for your graphics driver. I think something in the latest W10 update is incompatible with older AMD drivers. AMD issued a new version for some cards a couple of weeks ago.
Reactions: Barry Wallis
Upvote 0

Good shout. Will try that for the Geforce, but i think the default is the onboard intel graphics driver.
Upvote 0

Mervyn Haynes said:
i think the default is the onboard intel graphics driver.
Click to expand...

Steve is live on SN right now saying that Intel just had on the order of 50+ patches... so perhaps your Intel driver is "fixed" now
Upvote 0

PHolder said:
Steve is live on SN right now saying that Intel just had on the order of 50+ patches
Click to expand...

Oh, Great, I will try that & see if it works, thanks Paul.
Upvote 0

Mervyn Haynes said:
Oh, Great, I will try that & see if it works, thanks Paul.
Click to expand...

Well, it has now sorted itself out. Did not update any divers (except for normal windows update)
Upvote 0
P

Check your installed updates in the other section and see if any drivers were updated by Windows. Otherwise it must have been a general Windows bug and you got a fix?
Upvote 0

PHolder said:
Check your installed updates in the other section and see if any drivers were updated by Windows
Click to expand...

Well thanks for trying, but I prefer SI format with largest to smallest. On my Windows PC I configure the date format to yyyy-mmm-dd which results in formats like 2021-Jun-24, which looks nicer to me, and makes it easier to comprehend to boot (for me at least.)
Reactions: hyperbole
Upvote 0

PHolder said:
Well thanks for trying
Click to expand...

I think we have had this discussion with date formats before Paul, and then we agreed to disagree.
Upvote 0

Files are SO MUCH EASIER to sort BY DATE when you use yyyy-mm-dd ... that's my 2.45 Canadian cents / 0.014 GBP (exchange rates subject to wide variance as the hours and days and months and years go by)

(a couple of digressions indented)

I didn't think enough about what I wrote before I wrote it and I said what I didn't mean, leaving what I meant to be inferred, which probably left many people thinking different things. I was referring to the ability to sort by date when sorting by filename (alphanumerically). I used to far prefer the / character (or nothing) between segments of dates, but when ISO 8601 became a standard, I started accepting and using a hyphen (or using nothing, as in the above YYYYMMDD example) in filenames. To save time at the pharmacy (chemist) or a medical appointment, when they ask for my date of birth, I supply it as d m yy because that is what is fastest for them, which in turn is fastest for me.

Ron's response was clearer and at least one of his points hit the nail on the head. Regardless, wherever you live in the world, one standard will probably work better for you than another because that's what is most common or what has become habit for you. If that differs from what you prefer, you might have to modify your personal file system for your own usage. (e.g. many programs/apps think I'll be happiest with m/d/yy based on my location, but when sorting lists of files, sometimes the dates work better for me when I force all numbers to be at least two digits long (prepending 0 to the single-digit days or months). That also looks better, IMO, with superior alignment, particularly when using a proportional font.


Did I mention that I really like monospaced fonts? Modern GUI-based operating systems have some very attractive proportional fonts, but at times—usually when using a sans-serif font—it's nearly impossible to tell the difference between a I and a l and a 1. Also, I prefer monospaced fonts for my command prompts/shells, despite the fact that there are some rather nice fonts with easily-differentiable o/O/0 and l/I/1/| characters, among others, when using a GUI... but I'm getting way off the topic of date systems and file sorting, which is OT for this thread, overall, anyway.​
Use what works best for you and you'll probably be more efficient (efficiency is something I like (concision and precision also, though my tendency to say and type more than is necessary, evident from what I've said so far in this edit, belies that

)). I think we should do things on our own computers in the ways that work best for ourselves, where possible (working with other people might require adjustments, or certain preferences might not be supported in a required piece of hardware or software).

Accommodations for various OSs and software sometimes have to be made in this worldwide community of coders and end users, but that's another discussion and I won't get into that here.


Since my brain injury (and as I've experienced this continuing process of aging), I've learned that thinking about things from different perspectives and changing things to avoid establishing permanent habits helps keep my brain healthy and "plastic" and my thoughts malleable. That doesn't change what I believe will be most efficient in a filename to keep it sorted alphabetically and by date in the largest number of cases, but learning and using new control schemes in games and ways of using my muscles for routine tasks will, I hope, help keep me thinking better as I age and facilitate thinking from different perspectives more easily.​
(Hopefully) final thought restated: Use whatever method works best for you.
Last edited: Jul 1, 2021
Reactions: DanR
Upvote 0

danlock said:
Files are SO MUCH EASIER to sort BY DATE when you use yyyy-mm-dd
Click to expand...

I don't want to get into another debate of which is the best date system to use, but what is wrong with this file sort on dd/mm/yyyy?

Hi all, I haven't been following this thread. I literally just read the last few posts. So, I'm definitely not getting involved in a "date debate". But, I will just note that all the different date formats do get confusing, especially when the numbers are such that there's more than one way to interpret the date.

I'm in the USA, so my system date is set for MM/DD/YYYY which is common. BUT, I frequently embed a YYYY-MM-DD date in filenames. This very neatly sorts by date when the files are sorted by name. Also, if you put the date later in the string, you can have the name sort take priority, but any duplicate file names are sub sorted by date. This is sometimes very helpful. It's also one way to do version control. For example Rons Tech Doc 2021-06-27 vs Rons Tech Doc 2021-06-28. You can leave out the dashes and get the same result. I don't think you can put slashes (/) in filenames. If exact time is important for version control, you can also embed the time in the filename in 24 hr HH-MM-SS format. IE Rons Tech Doc 2021-06-27 14-22-15. So that would be 2:22 PM and 15 seconds. You can also leave the dashes out of that. I don't know if you can put colons in a file name.

May your bits be stable and your interfaces be fast. Ron
Reactions: danlock
Upvote 0
I

My file names often go by or contain: 21y06m27d12h45m00s
Depending on the situation it's just the date or the time or both.

Using Macro Express, just typing "##dt" auto-replaces that text with the above.

Code:
This only works when Windows is set to the standard format for the United States.
Reactions: danlock and rfrazier
Upvote 0
I

Thanks for that, but as I said the problem has seemed to have sorted itself out.
Upvote 0
I

Seems they patched it quicker than I expected. 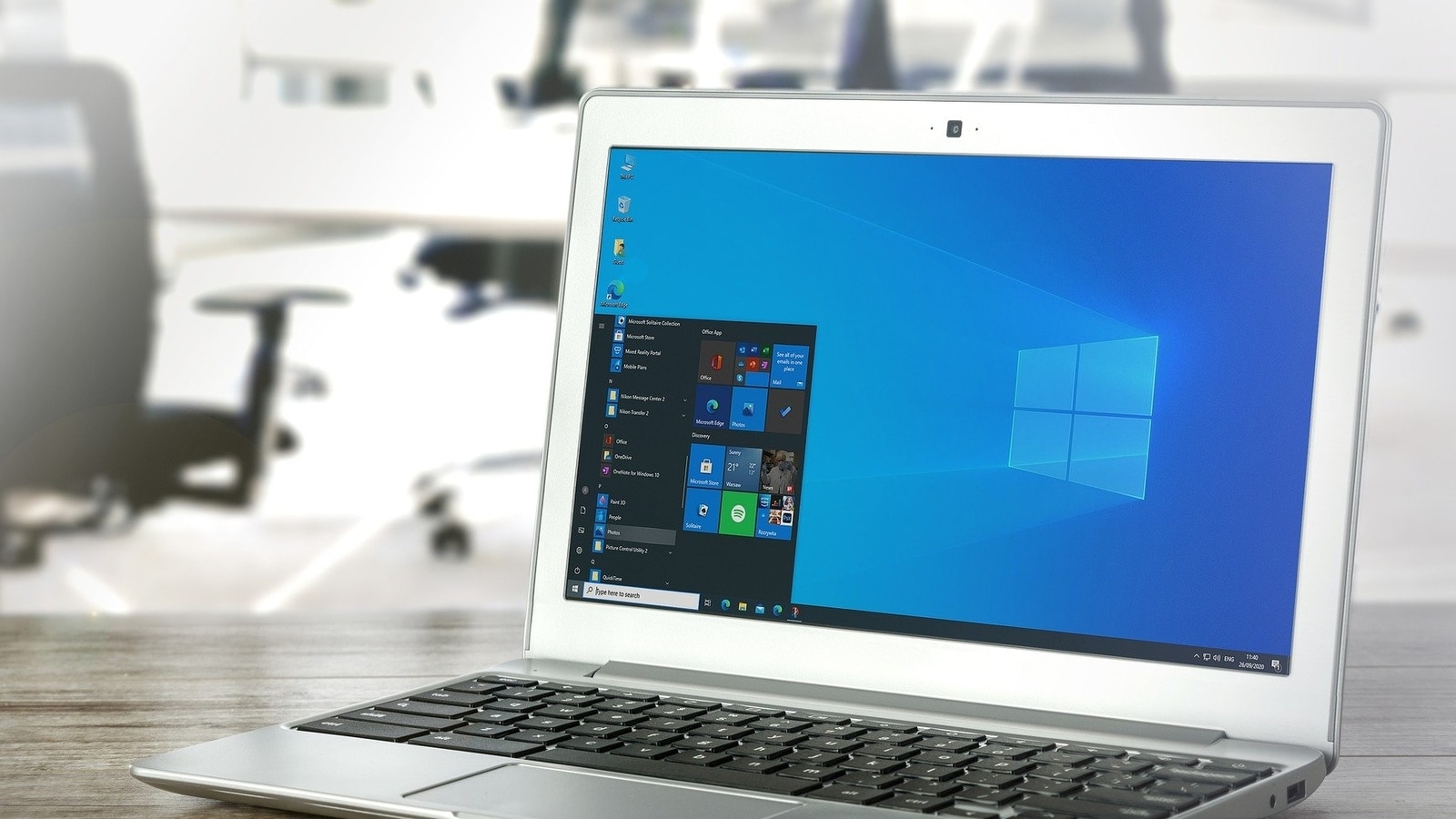 Good news for Windows 10 users as Microsoft finally resolves the Windows 10 taskbar’s visual glitches - it has also fixed bugs that slowed down gaming performance after installing a recent update.

But what I didn't realize is that the issue was present in the pre-release versions of the update as well except, they went and released the flawed official update anyway. (DOH!)

The latest Windows 10 2004, 20H2, and 21H1 preview update is causing display issues and glitches on the taskbar's system tray.

Intuit said:
Seems they patched it quicker than I expected.
Click to expand...